This is a short preview of the new SoloKey V2 hardware revision.

Let’s check it out!

A few day’s ago, i received an email from the SoloKeys team. They invited me to look at the new hardware revision of the Solokey just along with the Kickstarter project that was started to fund this new hardware version.

I exepted their invitation, and here is what they send to me:

The previous USB-C Solokey was really thin in comparison to the previous USB-A version. The new USB-A version of the Solokey looks even a tiny bit thicker and also is missing the physical click-dome button. Instead, the new version has metal contacts on each side of the key. So no need to force press on the Solokey while it is in the USB port. This is a nice new feature.

Here are the old and new versions side by side: 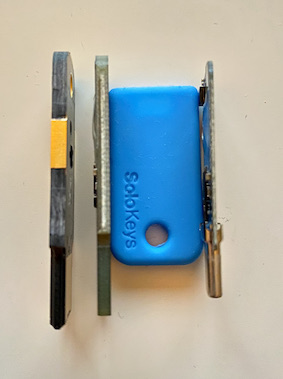 you can clearly see the metal contacts on the side of the key, and in my tests they are very responsive. A slight touch of the contact and your auth request gets processed.

NFC via IOS Safari with webAuthn.io

So of course i immediately tested the new NFC functinality on both my onePlus and iPhone mobile devices. And YES!!! NFC works all the time. You have to be accurate when placing the key on the back of your phone, but is working as it should. Even with a leather phone case on the iPhone it works flawlessly.

Here you can see the success message on registering my key on webAuthn.io :

NFC via IOS Safari with Nextcloud

I also tested it on my nextcloud test instance. I added the key in the settings, and surely was able to login to nextcoud with my key plugged in my laptop and just a little touch on the back side of the Solokey. Nice !!

Next, i tested if i was able to login from my iPhone on the same test nextcloud instance, but now with NFC. Unfortunately Nextcloud gave an error shown below. I’m not sure what the problem is there, but it sure isn’t the NFC functionality, as that is working on several different test sites that i tested. 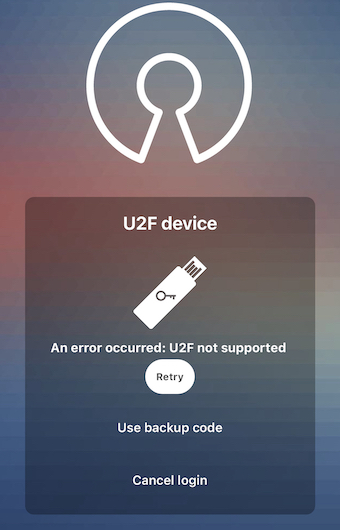 Here is a little picture of the SoloKey in action. The green LED truns bleu when you touch the metal contacs. A nice little feedback to know you touched it. 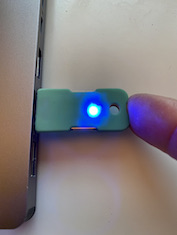 So thats it.
A little preview of the new SoloKey.

I want to thank the Solokeys team for putting in all the effort for creating a much needed Opensource Security Key. And also for providing this preview key so i was able to test it, and give feedback. I’m sure i will come across some little things that could be a bit more polished, and if so, provide the team with feedback.

For now this is it.